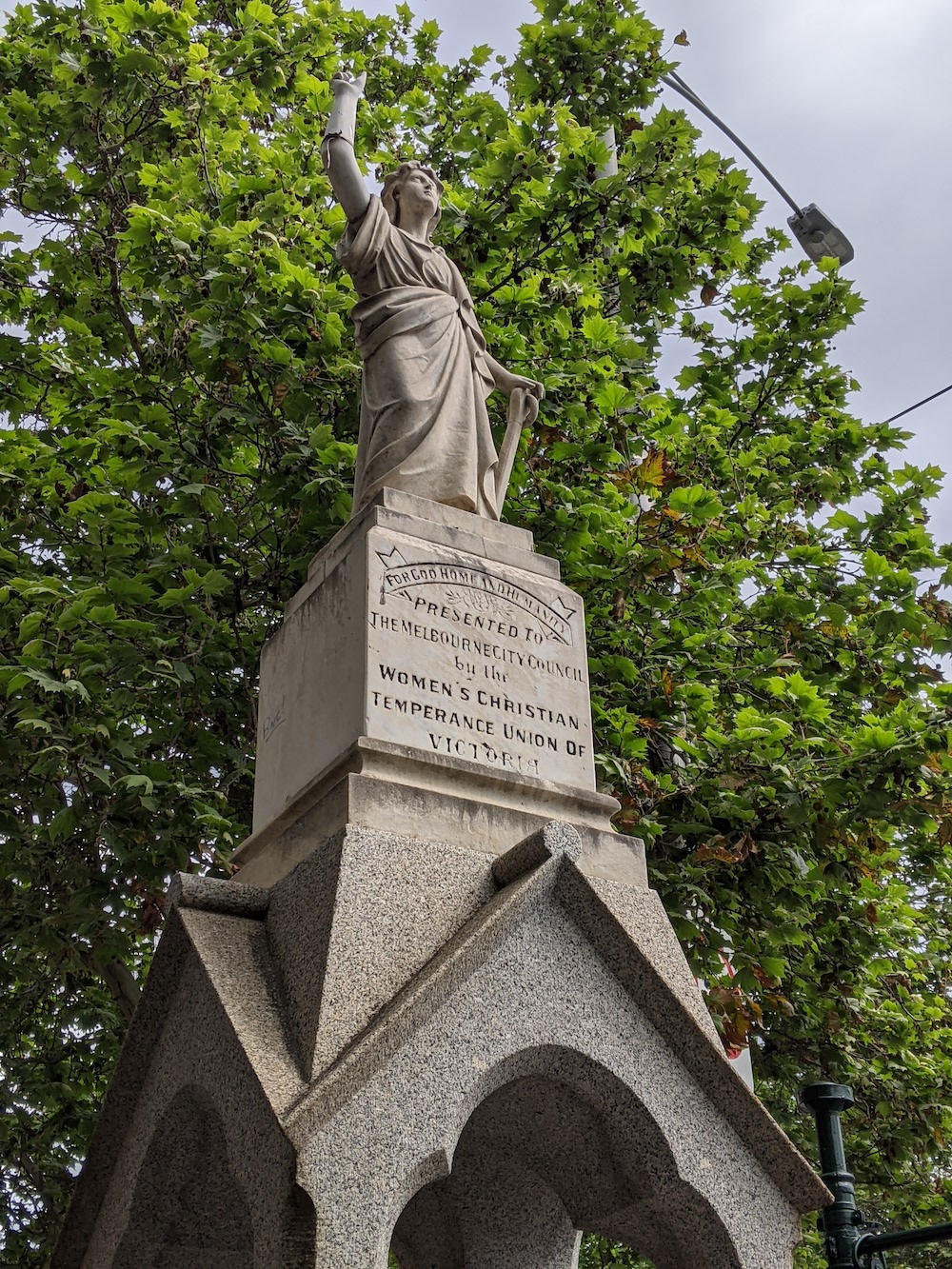 Melbourne has been referred to as “ground zero” for the temperance movement in the 1800s and, more recently, had its fair share of controversies regarding alcohol-fuelled violence and licensing. So this granite and marble fountain, featuring the classical figure of a woman pointing towards heaven, remains oddly contemporary despite its seemingly antiquated concerns. The Melbourne branch of the Women’s Christian Temperance Union, erected the station in 1901, linking suffrage and temperance and were far from a single-issue minority group. Rather, the WCTU itself can be seen as a microcosm of women’s rights and social activism and the group was, in fact, instrumental in the delivery of the “Monster Petition”.

Terri Ann Quan Sing’s work, “Anchors Against” takes the heft and weight of the physical structure to play with the abstracted imagery of sea, water and stone to create a metaphorical and metaphysical play space. Some see the future laid out clearly, with pathways and plays, but this future is adrift and ancient, tidal and changing. Raise a glass to it, or don’t, as you so chose.

temperance!
:to moderate the passions
&anchor the overflow
how to reckon the
hungry rubble

draped flow of marble
polished light against
the ear a shell’s roar
the green waves
a marble darling:figure draped
in gently eroded stone

soft as a dusty marshmallow or
an old school eraser
the corners worn down
grime collecting in the cracks
one hand on her anchor
her sky flung gaze colonial
swells against the eye
waters drinking “for god home
&humanity” 1901
white australia
a carved visit
a weary ode to empire
a wearing out
a founded fountain
all thirsty&amp; erect
her topmost finger lost