An interview conducted by Jamie Wang with Stephanie Han, about Stephanie’s novel ‘Swimming in Hong Kong’.

‘Swimming in Hong Kong’ is available at Willow Springs Books.

Stephanie Han is a widely published Korean American writer, poet and educator whose award-winning work relentlessly explores and interrogates the meaning of transnational identity and cross-cultural encounters. She was also my writing instructor and taught me that writers are foremost responsible to their vision and to give the invisible ones a voice. After reading her newly published short-story collection ‘Swimming in Hong Kong’ (to be released globally this year) that traverses a large terrain of complicated liminal beings through her moving and authentic narratives, I asked Stephanie whether she was open to for an interview. 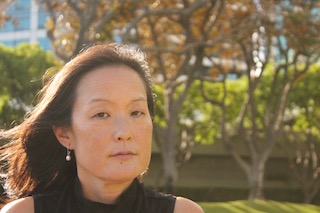 The exchange then took place in cyberspace over skype as we reside in different continents, perhaps an apt channel for our topics on globalism, polyculturalism and sense of place in this seemingly expanding yet often reductive/unsettling era.

J: You mentioned before that your stories were partially informed by polyculturalism. Can you tell us a bit more about this concept, and how does this may differ from multiculturalism?

S: I think polyculturalism is the word for the 21st century. It’s based on a music theory idea of polyphony, which is usually multiple melodies, appearing at the same time, a type of musical composition. Everyone is required to make a symphony. To further this definition, I expand this idea from the perspective of listening. Everyone listens to music differently. Sometimes we are listening just for the base or something else assuming we are always listening. But all are necessary in order for the piece to be harmonious. We are all part of this musical composition just as we are all part of this global performance of life.

But now such a rubric in terms of the state doesn’t matter as much, we are all in an environmental nightmare now. Origin is important but origin is not the only thing that matters. How we learn from each other is more important. Polyculturalism acknowledges origins but only in so much as what we can bring to exchange and share to solve the problem. Sharing and exchange must be prioritised.

J: I have been thinking that some writings centring on the notion of identity seem to reduce its complexity and associated struggles, intentionally or unintentionally, which in turn further nurture stereotyping than a plural way of telling the story. Are you suggesting polyculturalism is to look beyond identities or identity politics?

S: No. Identities are necessary. It is important to assert what one’s history is. I see fostering voices of descent is integral to democracy. We need to foster the voices and voices must be shared. The problem is the group that is holding all the power does not like to share or listen. Their sharing is not sharing. Their sharing is taking. Here we have the native indigenous tribes telling us if you pollute the water source basically all of us are screwed. But the people in power within the paradigm of the state aren’t listening. Part of this is capitalism, and this is so short-sighted. Capitalism is a very modern construct and this monetary system is artificial. Yet the idea of water and its sacredness is as old as time.

J: In your stories, specific locations/environment seem to have strong agencies. For example, ‘Canyon’ follows the plot of a Korean immigrant’s desire to settle in America but takes an unexpected turn when she confesses her long-kept secret surrounded by canyons. What makes you choose the Grand Canyon as the site and not, say, the Statue of Liberty?

S: I am always interested in environment. I wrote that the first time I lived in the desert which is an incredible experience. I did not enjoy my MFA, but I enjoyed living in the dessert, and that kind of terrain. People behave in such different ways because the terrain is so harsh. I like Grand Canyon because it is an iconic American site and is part of the nature. It is beyond ideology, beyond nation. It is not artificiality constructed. They have this term, ekphrasis: when you experience a strong emotion before a work of art. I think we also have that when we see something incredibly beautiful from the natural world. This emotion comes up. We feel at once symbiotic with the nature and we become more in touch with who and why we are. And in a sense that prompted her output, a feeling of there is nothing to hide. 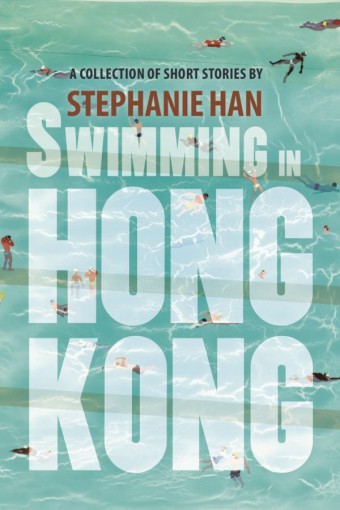 J: Many of your narratives are constructed around one’s yearning to belong, to have a sense of place. I am an immigrant myself, I grew up in Shanghai, later moved to Australia, once an expat as well as a mainlander in Hong Kong. I have studied various disciplines and taken on some unrelated roles. I guess what I want to ask is whether a ‘sense of place’ still matters in this age of mobility or matters even more?

People need to know their place as this can give them the strength to move on, to travel and to explore. I see one of the reason for so much sorrow and anger is this idea that you are disconnected from a group, which really is a natural formation for most mammals. You are supposed to strive and move within the capitalist construct, away from your group, and in this way, place is less important than success. To me understanding origin or place is a way to quiet a lot of that anger and anxiety.

Having said that, I live a very peripatetic existence, and so do you. The life I have led in terms of movement made me realise I am a cosmopolitan elite in one sense. Not many people can get on a plane to find a better job. I wasn’t pushed out by war. I wasn’t a refugee.

J: The theme of ‘voyage’, the journey to somewhere, is vastly explored in classical literature. In contrast, the diasporic literature focuses on and unfolds the equally if not more challenging post-voyage, the process of settling into the new ‘home’. How do you think this journey, often intergenerational, demands new responsibility of writers?

S: If you are a writer, you are responsible to your vision. Writers are writing different ways because these are different times. We are still writing of a voyage but just the voyager is now different. It is not necessarily a ten-month ship ride but a five-hour plane ride. The voyage is not the physical voyage but an emotional one of becoming something else. I wrote about this critically to some degree when reviewing ‘Sea of Poppies’, about the transformation that takes place in a different sense, how we emerge from one space to another. There is now room for different kinds of voices, describing different types of voyages. The more, the merrier.

J: When we talk about Asians in Western countries, I find sometimes we are not being careful enough in paying attention to the differences between ‘Asians’ in terms of their resided countries. As a result, the notion itself seems to be framed as a binary code which ignores the complexity of both subjects.

S: That’s the problem with Asian migration to the United States. I don’t want to speak about Australia because I am not versed in it domestically. You become an Asian when you come to the United States. Before you were just a Korean, you won’t necessarily (dependent on your political beliefs) have good feelings about somebody who is a Japanese. There is a lot of historical baggage.

Once you get here, you lumped together in a group although you actually don’t share religion, culture, food, background or anything. You share black hair and that’s about it. I think people need to be in charge of their personal narrative, else they resort to the master narrative imposed on them. To me, as a teacher, when I was in overseas, my concern was having my Asian students, especially my younger students understand, to some degree, the Western narrative they are going to walk into. Because a lot of the privileges they will be walking into would have been built on the Indigenous people, and the African Americans.

J: Can you tell us a bit about some of your other projects?

S: I wrote a poetry book called ‘Passing in the Middle Kingdom’. It’s about my life in Mui Wo, about families and motherhood, being an outsider in this Chinese rural village. I also wrote a critical theory book ‘The Art of Asian America’ in which I recast the term ‘Asian American’ and explore how we can read the inherent globality and aesthetics in Asian American fiction. I think people will read our literature not simply to understand Asia, but also the ideas of migrancy and what it means to be an outsider. If someone is trying to understand the new immigrants in Argentina, they may pick up a book by an Asian-American writer, because there is the similar narrative of how we adjust to a place and the aesthetics of that. Our literature is the literature of now because it is about movement.

Jamie Wang is a PhD candidate in Environmental Humanities at UNSW. Her doctoral research aims to re-read sustainability through imagination and story-telling. Jamie is also a writer and poet. Her works have appeared in Australian and Asian literary journals including Mascara Literary Review, Eastlit and Cha. View all posts by Jamie Wang

1 thought on “An Interview with Stephanie Han: Swimming in Hong Kong”