In partnership with Performance 4a, supported by the Girgensohn Foundation, and in collaboration with Playwriting Australia, Peril welcomes the Lotus Asian-Australian Playwriting initiative, which is about to showcase its artistic endeavours in the National Play Festival (2016) to be held between 27-30 July, 2016.

What are the antecedents of the Western theatrical canon? Flipping over the festivals of Dionysian Theatre, through which competitive dramas of classical Greece resonated with tragedies of Aeschylus, Sophocles and Euripides and comedies of Aristophanes and Menander, tripping through the ballroom of Elizabethan Theatre England, where Marlowe and Shakespeare fiddled with the locks of Muses of Tragedy and Comedy (Melpomene & Thalia respectively), and breasting through the waves of the Theatre of the Absurd, which inundated the landscape of twentieth century drama, thanks to Samuel Beckett, Jean Genet, Eugene Ionesco – where is Australian contemporary theatre situated?

Lotus has been providing high calibre training and mentoring to Asian-Australian artists interested in dramaturgy and/or writing for theatre. It has been focussing on galvanizing the vibrant community to show their mettle in the competitive cultural market. Having hosted a series of play-writing workshops, intensive programs for learning and performance, dramaturgy, Lotus has been able to garner new voices and stories, scarcely experienced in mainstream Australian theatre. 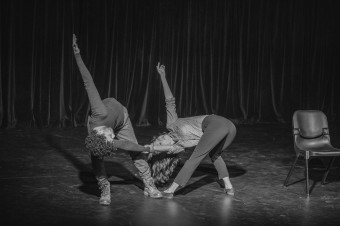 Amidst these new voices about to display their talent in the coming National Play Festival, is Katrina, an Indonesian-Australian writer, who says about working with the Lotus, “The Lotus workshops held in Sydney included bold creators like Sopa Enari and Michael Mohammed Ahmad who interrogated cultural diversity in Australian theatre. Asking who are we writing for? Who hears our voices? What voices are not heard? And what is the impact of this? These questions moved me and have moulded my nascent understanding of Australian theatre.”

In a similar vein, Ngoc Phan, a Vietnamese-Australian actor and writer, referring to her experience with Lotus, adds, “Stories that are trapped inside a person of colour, not daring to come out for fear it will not ‘fit in’ to the norm. So to be a part of a program that is seeking to shift that paradigm makes me very passionate about adding my story to the mix and supporting others who are on the same mission.”

The same thread runs ahead. Natesha Somasundaram, a 21 year-old writer from Melbourne says, ” Broadly speaking, I’m deeply worried sometimes that Australian theatre is a shrinking bubble; a vacuum containing the same people engaging with and also creating works – making it seemingly inaccessible and alien to people outside of this realm” But, she adds ” the initiation of the Lotus program shows me a real, decisive attempt to state that the mainstream theatrical space is as much a space for someone with my unconventional experiences and artistic style – as it is anyone else’s.”

Another writer, Shari Indriani, an Australian-Indonesian writer and artist, says, “It’s been an interesting lesson, Lotus, not only as a writer, but as an artist, in that it has shown me there is no use expending energy in doubt, self-criticism or timidity. In the company of my fellow Lotus artists, who are astute, courageous, mischievous and display 0% ego, it was impossible for my cynic to take hold, though she’d certainly roll her eyes as I tell you now, how Lotus has shown me an authentic community – not only insofar as we are artists who identify as Asian Australian, but how art making and storytelling are essential community and culture building acts.”

Here, at Peril, we are excited about this collaborative project between Performance 4a, Playwriting Australia with the support of Girgensohn Foundation – seeing it as a chance to witness an outstanding series of events leading to a richer, more innovative, pluralistic and culturally inclusive Australian theatre.

As a part of the National Playwriting Festival, which will be hosted in Melbourne at the Malthouse Theatre, these four shortlisted writers will be showcasing their works at 6.30pm on Sunday 29 July (tickets here http://malthousetheatre.com.au/the-venue/events/lotus)

To support this initiative, we are delighted to be sharing stories and reflections from these artists as an example of the process of professional development involved, and to hopefully whet your appetite for attending the festival!

As Katrina says “Art isn’t created in isolation. Even if a writer sits solo at a keyboard tapping in darkness a million miles from the nearest human, she will carry within her the voices of other people”.

A Chevening Scholar, University of Surrey Alumni, University of Sindh Alumni, Civil Services Academy Alumni, M.A (English Literature), M.Sc. (Management), Muzamil Syre is a poet, critic, essayist, short story writer, member of Society of Editors, SA, as well as The Institute of Professional Editors Limited (IPEd) and SA Writers Centre. He has written three books and maintains his blog, I HAVE POURED MY WINE. View all posts by Muzamil Syre