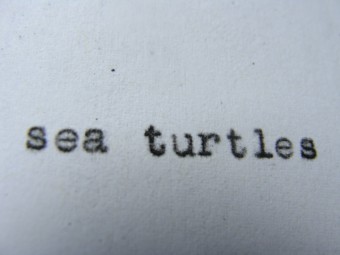 During my first week in Beijing, I had to visit the Australian embassy. I was met at the gate by Ms Wang, a local employee. She looked at my name on the list, and she looked at my passport. She looked me up and down and she frowned, though her lips didn’t move. “When I saw the name Lai,” she said, “I thought you’d be Chinese.”

“I am,” I said, and spent the next year proving it.

I am lumped in with foreigners. “Oh, you cook?” a colleague says. “That’s very good of you.” The silent “other foreigners don’t” remains unspoken. I have never seen any of the other foreigners in the office bring their own lunch, and they too always exclaim how good I am. I wonder why they never cook, and if they’re like that in their home countries.

I receive compliments on my chopstick use, on my Mandarin, on my knowledge of ancient Chinese history and proverbs. They are surprised when I eat congee and youtiao for breakfast; when I pour tea correctly and sit at banquets in the right place, and when I see my family for Chinese New Year.

The things that make me Chinese, the things that I cling to, are the things that are most out of place, here. My slight superstition in regards the number four is looked at with amusement. My love of the colour red, splashed all over my clothes and my belongings, is considered cute, very traditional. I speak of my apore’s death, seven days of mourning and prayer and offerings and vegetarianism and ghosts, and they ask questions; confused, curious, and unfamiliar.

My Chineseness is backwards; is foreign; is unrecognisable from their own.

They don’t question it.

What does it mean to be Chinese? To want to be acknowledged by my peers as good enough, as Chinese enough? I don’t know what form such approval would take, but I continue to strive for it.

I engage in a variety of cultural activities. I attend calligraphy class, and I learn Chinese water painting. I learn to play Xiangqi, and how to make noodles, baozi and dumplings. I learn the intricacies of tea ceremonies and the differences between oolongs. I watch cultural shows and wear specifically Beijing shoes.

Am I trying to make myself more Chinese?

The more time I spend with my mother, the more Cantonese crops up in my daily interactions. While she is visiting me in Beijing is the worst, for she reads signs in characters and speaks them aloud in Cantonese, and my Mandarin pronunciation becomes decidedly Cantonese. Beijingren think I’m just some foreigner mangling my attempts at speaking Chinese; really I’m just another huaren trying to find a balance between my family’s dialect and the official one I can access.

Every day, my fluency in Mandarin pulls ahead of my fluency in Cantonese; the language of my family, of my ancestors. I have sacrificed my family’s language, the language my mother speaks; for one I can access, for one that makes me more Chinese in the eyes of these people I will one day leave, who cannot ever comprehend of leaving China.

A Cantonese ‘Lai’ is a Mandarin ‘Li’ so in Beijing, noone ever gets it right; and worse, because I took my personal name and made it my family name, I get this look, this pause. I thought about it before I moved to China, made the decision to directly transfer my name, so I went from 丽 as a personal name to 丽 as a family name and it sits so well with me, so perfectly. But ‘that’s not a family name’ is usually the first comment, and then we stand awkwardly as they think of me as another broken foreigner and I have to explain myself and I sort of half wish, at least for the purposes of my business cards in Beijing, that I’d just picked a more traditional li or even a Mandarin lai to describe to people, instead of this extra marker of my never-Chinese-enough-ness, this thing that is my name, that is a part of me.

The Chinese government calls for unity under one language, a language sometimes known as 普通话, the common language. But more than 400 million Chinese people don’t speak Mandarin,[1][2] and those are just the mainlanders; how many of us are sea turtles, or born far away and with no desire to come to the mainland, with no connection to Mandarin other than as something entering the Western zeitgeist thanks to the PRC?

I attend a two hour meeting held almost entirely in Mandarin just to say hello. I don’t know this until afterwards, when I’m told directly; until during, when my director tries to pass me coded messages via her eyes and her words without outright saying so. You never talk on the first visit, I am told, later. It would be rude. I am surprised. I know so much about face, about 关系, but I don’t know this.

Waiting before we go in to the meeting, a colleague asks, “Why don’t you speak Mandarin more?” I reply, “Because I’m worried about getting it wrong, and being embarrassed.”

“That’s very Chinese of you,” she says, and it’s the most Chinese I’m considered my entire time in Beijing.

3 thoughts on “Not Even Sea Turtles (can a Chinese-Australian in China ever truly be Chinese enough?)”