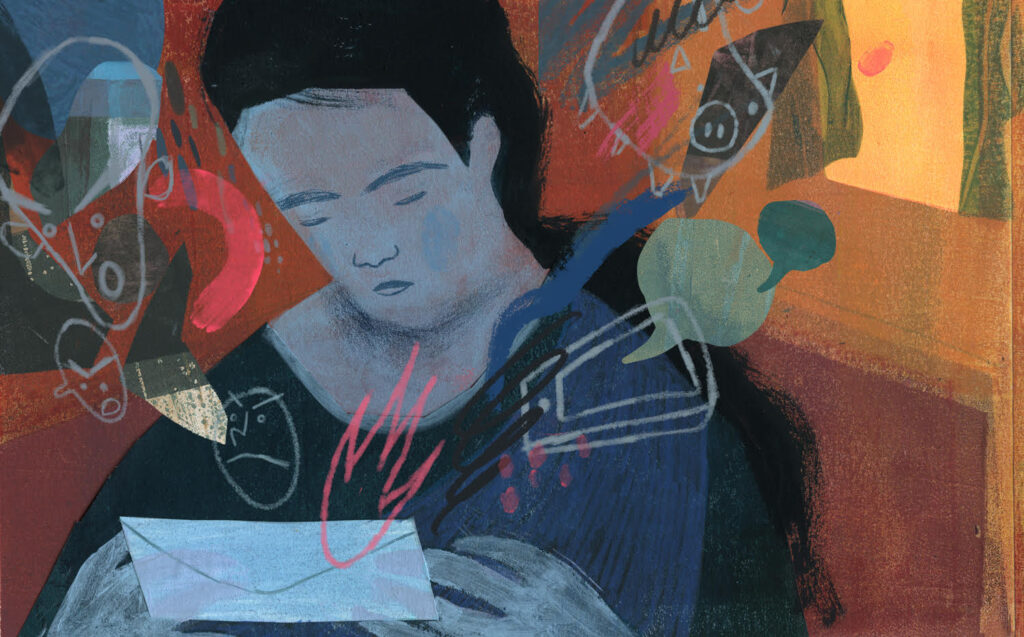 First, establish a routine. The Priests of Productivity say that this will keep you sane. Break down your day into even rows and columns as the wattle spreads its light. Do not check your phone when it pings. But your suburban Sydney flat is in the flight path, next to a train line. The world reels between a row of rubbish bins. Your phone pings repeatedly. It’s either the landlord or the electricity company or the Cinder App. The app is full of men with daughters and vasectomies. You must focus on your son instead. It’s time to wake him. He will begin to count the money in his piggybank, yet again. You want him to save up to go to Harvard. He’s been saving up to buy a present for Father’s Day, a present for his father who hasn’t visited or called for seven years.

This morning there is a letter and you almost don’t open it because it looks like a Notice of Termination from the electricity company. You have already overdrawn your credit card to pay the gas bill, to pay for tea leaves, for yogurt, for cumin seeds, for a twenty-kilo bag of rice, cheaper at the Indian shop in Liverpool. You hope it is a Notice of Termination from the electricity company, anything but a confirmation of what was told to you over the phone last week. No action needed.

You have spent many years wishing for this exact piece of information. You had hoped for this through the marriage, through its subterfuges, through its bruises from temporary truces. Years ago it would have been a simple end to the problem, a fatal car crash, say, or a sudden heart attack, a totally acceptable liberation. You would nod at the mourners at the cemetery. “A widow, so young,” they would say, after the burial. Now in your hands this confirmation of his death is an explosive. You have what you have longed for. Except it is no longer enough.

Establish a routine. The Priests of Productivity insist that this is your son’s path to Harvard. Turn off the video on all your Zoom meetings. Say this is because of a bandwidth issue. Multitask with online schooling. But that voice over the phone last week, you may have imagined it, you tell yourself. It was his sister’s voice, a breaking voice, breaking news. She asked to talk to her nephew. In the background, a TV was saying “The numbers are looking much better. Big progress being made.” You told his sister that her nephew was in an online classroom and could not be disturbed. This letter you hold in your hands is as solid as an instinct. It confirms the phone conversation. It turns sound into a certificate. It turns breath into fact. Your hope for an untruth is now an irrevocable truth. You are fitful in the territory of memory.

“Whose numbers are these?” you ask him before you pay the phone bill.

He turns around, looks you in the eye and says “Clients, colleagues, people begging for home loans. What do you think?”

“So many this month?”

“You’re always imagining things. I wish you believed me more.”

The years roll ahead. Then they roll backward. At some point all that is left is debris from cruelty, his cruelty to you, your own part in it. Three thousand dollars withdrawn from your joint account in one week.

He says to you, “You spend too much.”

In those early days when you still believed yourself, his words could surprise you. So you say, “It is you who has withdrawn three thousand dollars.”

“You always think I’m lying. No wonder you have no friends.”

Your phone pings again. What God has put together let no man put asunder. A radio voice says “We have met the moment and we have prevailed.” The trains pester past your apartment like second thoughts.

Throughout those years you couldn’t tell lie from fact, joke from sincerity, the provocative word from a plea for help. Just tell me the truth, you used to say to him, endless rows and columns of incantations for the same thing: I just want the truth.

“I am telling you the truth.”

You waver. You ask yourself if you are imagining things.

Now the letter is here and you wish it were a lie.

Ask the electricity company for another extension of the due date. It’s your third such request this year. Return the twenty-kilo bag of rice, the cumin seeds, the tea leaves. Get a refund. That will give you some spare cash. In the clutch of your flat, hope the landlord will forget that the rent is due tomorrow.

Light a match. Hold it close to the letter. Let ashes return to ashes. But you are unable to let the flame catch.

These men with daughters and vasectomies, they are aplenty in your suburb. They fix your car and pay for dinner and reassure you that they won’t get you pregnant, as if that’s the reason you insist on protection. The wattle is discoloured. It does not do well when cut from the tree. Seethe for the last time over your old love. There is so much to say.

It is cruel of him to pass before you could present a reckoning of profit and loss. Once it was the lies that burned you. Now in this moment it is the truth. Here are the facts, you wish to say to him once and for all. Here is the irrefutable state of the marriage. Here is the cause. Here is the consequence. I am not imagining things.

But he is no more. He has scorched you with a son. The aircrafts emerge from their hibernation.

Minutes pass. There on the bed, wrapped up in a faded red sheet made in your homeland, your son is calm, holding the piggy bank in his afternoon arms. For a moment you imagine him as a corpse. Then you are reassured as his chest rises and falls, rises and falls with evenly spaced breaths. You must wake him, this soul of your soul.

Try to establish a routine, now that you have turned off the video on all Zoom meetings. The Priests of Productivity say it’s the only way to Harvard.

But, the letter, you tell yourself.

But, forgiveness. You are unable to reach for it yet.

Put the matches away.

Once he wakes there will be no more sleeping. 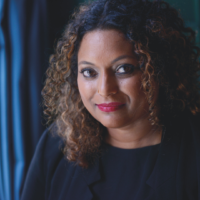 Roanna Gonsalves is the award-winning author of The Permanent Resident published in India as Sunita De Souza Goes To Sydney. Her writing has been compared to the work of Alice Munro and Jhumpa Lahiri. Her four-part radio series On the tip of a billion tongues, commissioned and broadcast by ABC RN, is a portrayal of contemporary India through its multilingual writers. Roanna is a recipient of the Prime Minister’s Australia Asia Endeavour Award and has been an invited Keynote Speaker and panellist at numerous literary festivals and events. She teaches Creative Writing in the university sector in Australia and serves on the Board of Writing NSW. Roanna was born and brought up in Mumbai and now lives in Sydney. 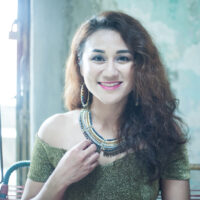 Prema Yin is an award-winning singer-songwriter from Malaysia with a hidden passion for interactive media (animation and games). A graduate at the Australian Institute of Music, Sydney for Music Production and Composition, she identifies key elements of a story, which in turn helps her in creating the sonic aspect of a project. Her recent published projects include Projection: First Light (Apple Arcade, 2019) and Cryptopia: Bitcoin, Blockchains and the Future (2020). Twitter @premayinmusic 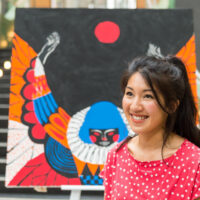 Freda Chiu is an independent illustrator and visual artist from Sydney, Australia. She creates art notably for books, editorial and walls. Her selected clients include Puffin Books UK, Penguin Random House, ANZ, The Galeries and The Australian Broadcasting Corporation among others. Freda is inspired by her love of children’s picture books, horror movies, comics and a love of strange and interesting stories. Outside of her art practice, Freda lectures on Illustration and Animation Design at the University of Technology, Sydney.

Roanna Gonsalves is the award-winning author of 'The Permanent Resident 'published in India as Sunita De Souza Goes To Sydney. Her writing has been compared to the work of Alice Munro and Jhumpa Lahiri. Her four-part radio series 'On the tip of a billion tongues', commissioned and broadcast by ABC RN, is a portrayal of contemporary India through its multilingual writers. Roanna is a recipient of the Prime Minister’s Australia Asia Endeavour Award and has been an invited Keynote Speaker and panellist at numerous literary festivals and events. She teaches Creative Writing in the university sector in Australia and serves on the Board of Writing NSW. Roanna was born and brought up in Mumbai and now lives in Sydney. For more information see https://roannagonsalves.com.au/ View all posts by Roanna Gonsalves